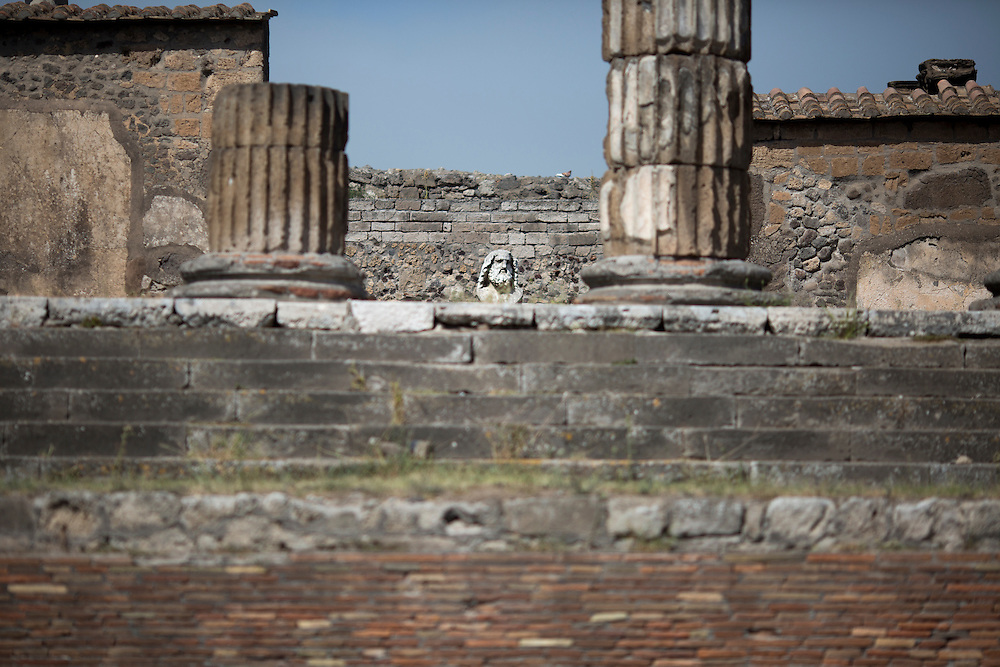 A statue of Jupiter is seen inside ruins of the Temple of Jupiter on Friday, Sept. 18, 2015, in Pompeii, Italy. The city of Pompeii was destroyed when nearby Mount Vesuvius erupted on August 24, AD 79. The town and its residents were buried and forgotten until the ruins were discovered and eventually excavated hundreds of years later. The ruins are one of Italy's top tourist attractions today. (Photo by James Brosher)